Wow, we have a newborn daughter!  A few days ago it felt as if this baby would never be born.  Now she’s here and those days of waiting seem a long time ago.  Thank you so much for all the texts and emails and also all those who were praying leading up to Kaylah’s birth.  I know they made a huge difference.  We are all basking in the joy of a new baby and feeling incredibly grateful.  A few thoughts before I go feed Kaylah again and then Peter will add some new photos for you enjoy . . . I was composing this in my head last night in bed so it’s probably not going to come across as well as it did then. 🙂

During the past week, our family has been enjoying listening to two Matt Redman songs that are on a cd that my sister made for me.  They’ve been kind of an anthem in our house.  Peter actually put them on for me while I was in labour and I haven’t been able to get either of them out of my head since.  Here are the words to one of them, called Never Once:

Standing on this mountaintop
Looking just how far we’ve come
Knowing that for every step
You were with us
Kneeling on this battle ground
Seeing just how much You’ve done
Knowing every victory
Is Your power in us
Scars and struggles on the way
But with Joy our hearts can say
Yes, our hearts can say
Never once did we ever walk alone
Never once did you leave us on our own
You are faithful, God, You are faithful

A few months ago while reading 2 Timothy I came across the verse, somewhere in chapter four where Paul is talking about how everyone left him during his trial.  But he then says, “But the Lord stood by me and gave me strength.”  I told myself that was going to be my verse for labour and then the sometimes difficult post-partum period too.  What a God we have that never, ever leaves us!  I give Him thanks and praise for helping us through the last 9 months and then Kaylah’s birth.  At least once during my labour Peter whispered in my ear, “Never Once” . . . He never once left me and He never will.  I am also incredibly grateful for an awesome husband who stands by me, a reminder of our faithful God.

You’re rich in love, and You’re slow to anger
Your name is great, and your heart is kind
For all your goodness I will keep on singing
Ten thousand reasons for my heart to find
Bless the Lord, O my soul
O my Soul
Worship His holy name
Sing like never before
O my soul
I’ll worship your holy name

You probably wouldn’t mind a few more pictures too?  Here you go: 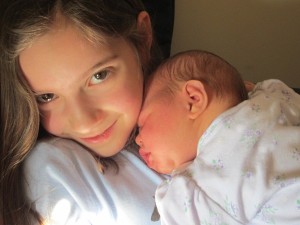 Aliyah is never far away from Kaylah… 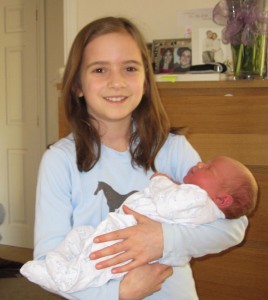 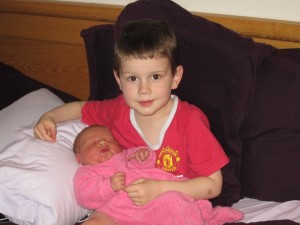 Joel enjoying being a big brother at last! 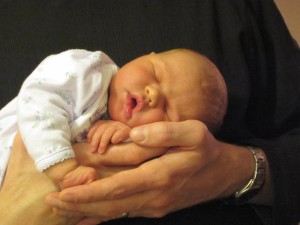 Dad gets a chance now and then. 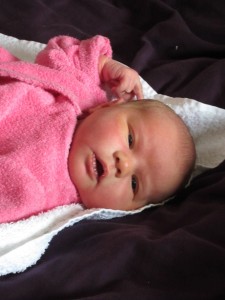 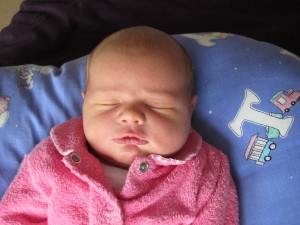 No eyes, but cute. 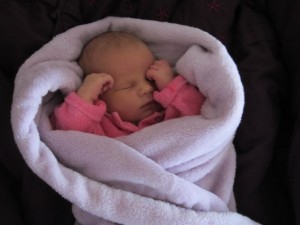 Week one, so still sleepy. 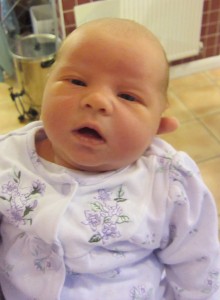 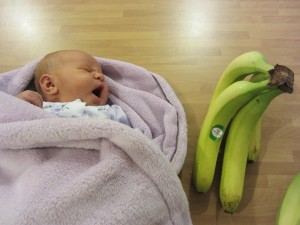 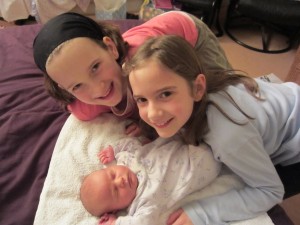 They aren’t fighting over Kaylah, honest!