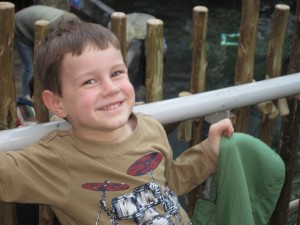 We can’t believe how the years have flown and our little boy is now six years old!  Here are some photos from his birthday: 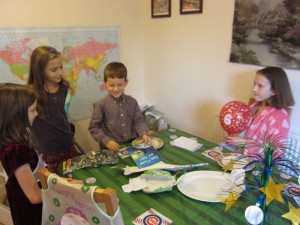 Birthday breakfast . . . opening a few presents . . army guys from his sisters were a hit 🙂 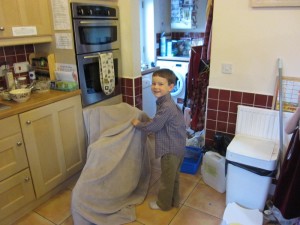 What’s under that blanket, Joel? 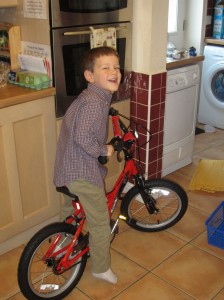 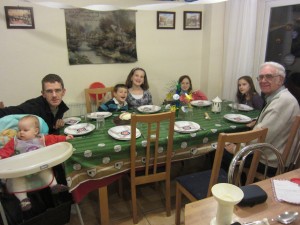 After a summer in the USA, Joel requested a baseball party. Aunt Carol was kind enough to send us party supplies from the States. 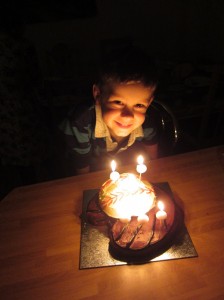 Joel and his baseball mitt and ball cake 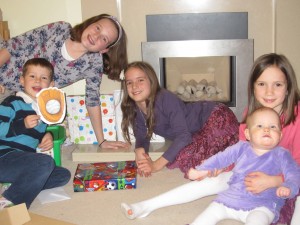 Opening cards and presents with his sisters eagerly watching! 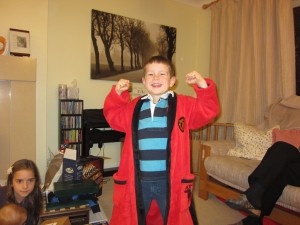 Joel (wearing his new dressing gown!) demonstrating “strong arms.” Peter shared some verses from Isaiah 40 with Joel as a special birthday challenge . . . . “Behold, the LORD God comes with might and his arm rules for him.” and then the contrast . . . “He will tend his flock like a shepherd , he will gather the lambs in his arms.” Peter encouraged Joel to develop strength and gentleness (like our God has) as he grows. 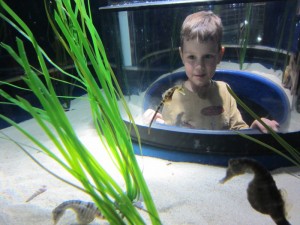 A few days after his party, Peter and I took Joel to the Bristol Aquarium for a birthday outing. 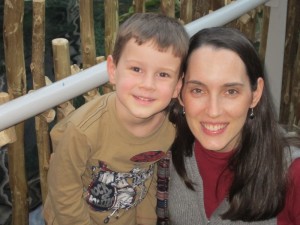 We had such a great time at the aquarium and learned tons about fish and sea creatures. It was really special to have some time with Joel on his own. 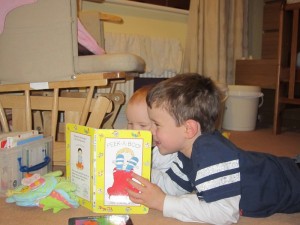 We are thankful for Joel’s caring nature. Here he is reading a book with Kaylah. 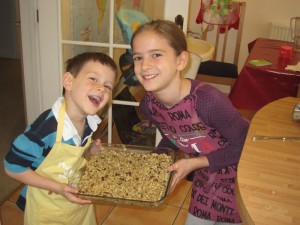 We are also thankful for Joel’s exuberant and thoughtful personality. Here are Joel and Aliyah after they made muesli bars.

And a post wouldn’t be complete without a few photos of Kaylah . . . 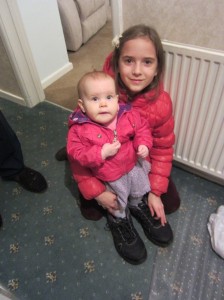 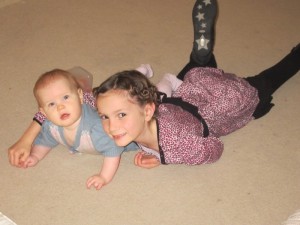 Kaylah (becoming more mobile by the day!) and Mariah (always ready with a sweet smile)

We thank God for all of our children.  Please continue to pray for strength and wisdom as we love and train them (our most important ministry!)