Last Thursday I got back from Poland (report coming below).  It was a great time and it was also encouraging to get home and find out that our dentist said Jessah’s teeth do not need to be removed at this time.  He is also confident that her adult teeth should not have been damaged – we are thankful!

This morning we discovered that several of our children have chickenpox.  This is also good news.  We have been trying to get it for years and have finally succeeded.  Nobody is particularly comfortable or happy, but we are trying to care for each other and make it an adventure. 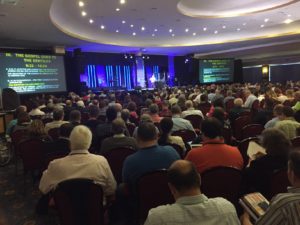 So, how was Poland?  I would say it was probably the best European Leadership Forum I have experienced as far as ministry goes.  I have been able to attend the forum eight times, and the last five times I have been leading the Bible Teachers and Preachers Networks.

Every participant in the Forum comes as a guest of one of the 28 networks that run every morning.  Participants from Eastern Europe get a hefty scholarship to make their attendance possible.  My colleague Huw led the foundational network and I focused my energies on the advanced network.  It was the best year yet in lots of ways.  We were so encouraged by the feedback from this year and previous years.

Honestly the only discouragement was the number of people who wanted to be in the network but could not because of a lack of scholarships (if you know a church or wealthy individual who might like to help with this specific project enabling Eastern Europeans to attend this network and the Forum, please put them in touch with me). 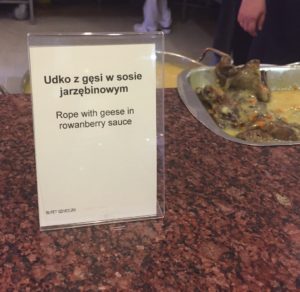 The translated food descriptions offer amusement every year (the food is good though!)

As well as the networks the week also involved so much more.  There were the final sessions with last year’s year round mentoring group, followed by the first sessions with the new group for this coming year.  I was able to interview John Lennox again, I gave two workshops which were well attended, and recorded several video interviews which will become available in the coming months.

There were good meals with friends and contacts from across Europe – it is a wonderful event for seeing old friends and making new ones.  I was able to grab some time with the group of Cor Deo guys that went over together (graduates from years 2011, 2013, 2015), and also was able to watch a football match on the final evening before returning home.  What was the highlight of the week?  Honestly I think we would all say it was our friend Mike Reeves on Justification … if you look that up online you will find him speaking on the subject somewhere!