Joel told us the other night that he was having two babies – one at the front and one at the back!  (NOTE: He was copying his sisters by putting teddy bears inside his shirt and must’ve been inspired by some friends we’ve been praying for that just had twins! 🙂 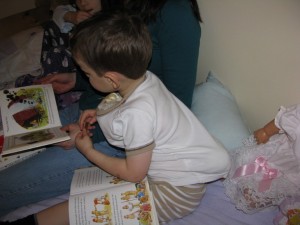 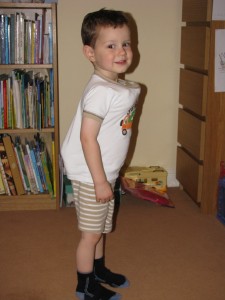 Sleeping could be uncomfortable tonight Joel!

Just in case you are worried that Joel is getting too influenced by the females all around him . . . he definitely is all boy.  Constructions trucks, tools, and drums, drums, drums.  He has a little drum and got another one for his birthday , he loves playing on the drums at church and makes everything he can into a drum!  Here is a little video for your viewing pleasure . . .